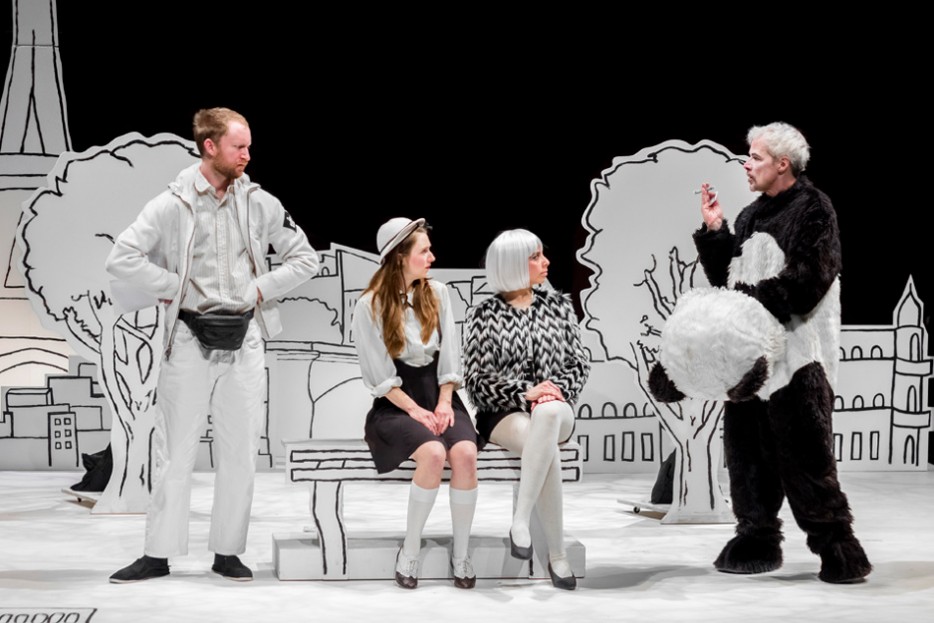 “Camp is such an interesting space for failure to fall within. Unintentional camp, obviously we can intentionally cultivate camp, but there are so many failures that do veer into that realm. I think queerness has for so long apprehended the jouissance or the necessity of embracing failure, the inability to conform. To embrace the impossible maddening incongruities or absurdities of life and subvert those through humour, often very dark humour. But Tennessee Williams has always unintentionally courted camp, maybe rarely I would say intentionally. Melodrama tips so easily into that.” -Jordan Tannahill, Interview by Hazlitt, 2015. See the full interview here.

Photo: Scene from “All Our Happy Days Are Stupid”

Jordan Tannahill is joining us for a public reading on September 22, 2015 at 7pm. Join the Facebook event.

He is a Canadian playwright, filmmaker, and theatre director described by the The Globe and Mail as “the poster child of a new generation of (theatre? film? dance?) artists for whom “interdisciplinary” is not a buzzword, but a way of life.” He is the author of Theatre of the Unimpressed, Coach House 2014, and Age of Minority: Three Solo Plays, which won the 2014 Governor General’s Award for drama.