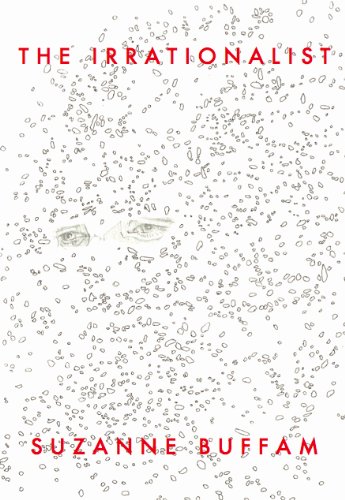 I am wearing dark glasses inside the house
To match my dark mood.

I have left all the sugar out of the pie.
My rage is a kind of domestic rage.

And so on.
Surely the Greeks had a word for this.

Now surely the Germans do.
The more words a person knows

To describe her private sufferings
The more distantly she can perceive them.

I repeat the names of all the cities I’ve known
And watch an ant drag its crooked shadow home.

What does it mean to love the life we’ve been given?
To act well the part that’s been cast for us?

One day I plan to be riding it.

“Enough” is a commentary on gender roles and tradition. In the poem, the narrator folds the sheets, pulls taught the blankets, leaves the milk out to curdle, forgets to smile. “Enough” is a portrait of domestic discontentment, an exercise in disillusionment. The narrator is bitter. She does not put sugar in the pie. She is not allowing her pain to become sweetened, more palatable for you—though her “rage is a kind of domestic rage.” Her rage is quiet, calculated. It cannot be consuming or destructive. This is how she communicates the apathy she endures. The way of life she speaks to is one of tradition, one of femininity, the kind that the narrator explains: “I learned… from my mother / Who learned it from her mother / And so on.” It is natural, like subconscious action, but as insidious as subconscious action, too.

In the eighth and ninth lines, Buffam brings Greek and German language into the poem. She does not know the word for what she is feeling, but she dreams of learning that it exists in another language. Perhaps it is too painful to know a word for it in English. How freeing it must feel to know that there is so much to discover, but how stifling it must feel to be trapped in inaccessibility, in inexperience. “The more words a person knows / To describe her private sufferings / The more distantly she can perceive them.” The more that one learns, the smaller the world becomes, and one can observe things with a certain degree of detachment, including their own woes of internal toil. The narrator struggles with this. She busies herself with small things, like recounting what she knows and where she has been. Does her life have value when she is fulfilling a role “that’s been cast for [her],” rather than a role of her own choosing? Is it enough?

“Enough” challenges the ideology that existence enough should be satisfying. That the values that are projected upon people based on their circumstances should decide their life for them. That domestic life should be enough. By the concluding line, it is revealed that perhaps the poem is not asking for this empty lifestyle to be enough. Rather, the title suggests that the narrator has had enough of it. She is ready to make her own choices. Buffam knows the narrator is watching herself as if she is in a surreal situation that has somehow happened, that perhaps the narrator did not agree to, that the narrator feels trapped and subdued in. The poem comes to an end as the narrator comes to terms with the action that she must take in order to fulfill herself. Bitter from beginning to end, it emerges as an aimless complaint and concludes as a personal call to action. Buffam breaks the pattern of couplets. She leaves the final, rebellious line alone on the landscape of the poem.